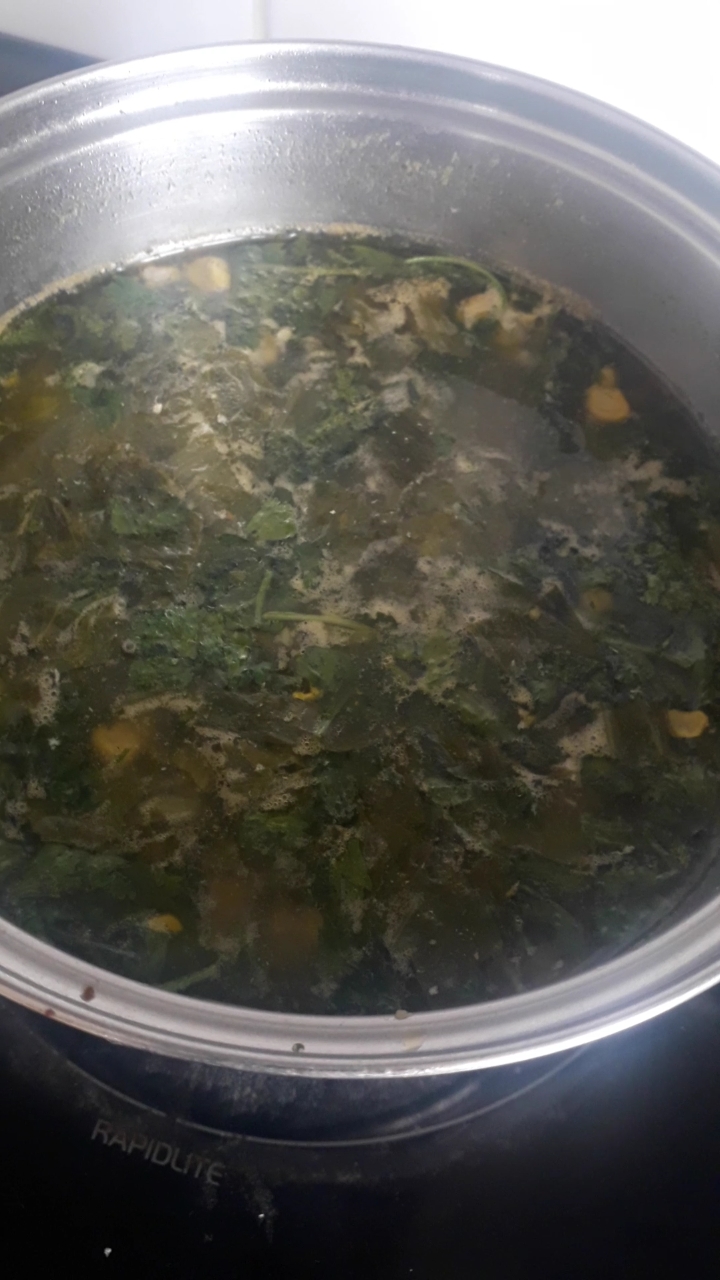 This was a delicious soup to have after training.

The Prawns mean this dish is high in both Vitamin A and E but most importantly it contains both lots of Protein as Seafood does, but the iron in Prawns also helps the health of our Red Blood Cells. This is very important after an intense training session because it enables our blood cells to take on more and more oxygen which aids in recovery.

Pak Choi contains lots of calcium in addition to Vitamin A and can be a vital fighter of cancer. The Chicken, obviously, is high in protein too and mixed with a big handful of Coriander and some vegetable stock the flavours are delicious.

The Sweetcorn provides you with your refuelling of your Carbs and energy stores. Corn has just much carbs as any cereal grains, and contains high amounts of fibre, vitamins, minerals and many antioxidants. The potassium in Sweetcorn can also refuel the heart after it has worked so hard to pump the oxygen needed to sustain exercise at high intensity.

1) Fry the chopped Chicken breast in the butter on a medium to low heat slowly until  the chicken is cooked but has a nice white look instead of burnt.

2) Put the Chicken in to a Saucepan and add 2 Pints of cold Water and bring to the boil.

3) Add the garlic, chilli and prawns and then simmer for 30 minutes.

4) Halfway through the 30 minutes, crush up two vegetable stock cubes in to the broth and add the Pak Choi and a half of the Coriander.

5) After 30 minutes, add the Sweetcorn and the rest of the Coriander and simmer for a further few minutes.